Want to save money on utilities and do your part to protect the environment?

When you are planning your metal barndominium, you might consider making it what is known as a “passive house.”

While the term “passive house” is thrown around a lot today, many people do not know exactly what it means. Indeed, some people think it is a brand, while others think that it just means an energy-efficient structure.

In this guide, we will explain exactly what a passive house is. We will then talk about the history and advantages of passive house design, and give you some recommendations for building your own passive house.

What is Passive House Certification?

A passive house is an energy-efficient dwelling. But the term “passive house” implies a higher degree of efficiency than is typical, as well as specific design principles at work.

In comparison to a regular house, a passive house may use 90% less energy.

Why are passive houses called “passive”?

The most likely explanation is that they feature passive solar technology. But in general, a “passive house” is passive in another respect as well—it involves far less active work to heat up or cool down. A consistent and comfortable internal temperature is maintained as passively as possible.

In terms of the techniques used to achieve those results, passive homes feature:

There is a certification for passive design offered by the Passive House Institute United States (PHIUS). It is called the PHIUS+ Certification. You can read more about it and what it entails here.

If you are looking for a simple but dramatic way to appreciate how powerful passive design is, check out some infrared photos of passive structures with other buildings around them.

You will notice that typical buildings show a lot of green, yellow, and orange in the photos, representing high heat loss.

But the passive houses in these photos look very different from the neighboring structures. You may notice some green around the windows, but often the structures themselves will be solidly blue.

The reason they are blue is because they are leaking very little heat into their surroundings.

The History of PassivHaus

We have talked about what passive houses are, and what design features they include. Let’s learn a little bit more about some of the development milestones in the history of passive house design.

According to the Environmental and Energy Study Institute, “The innovative concepts behind the passive house movement originated in the United States and Canada following the oil embargo of 1973. The embargo tripled oil prices and sent the United States into an energy crisis. This crisis led a group of engineers and architects from the University of Illinois Small Homes Council to design the Lo-Cal house in 1976.”

Interest in passive houses continued to grow globally in the 80s. Nevertheless, it faded into the woodwork for a while in the US, which wasn’t prioritizing energy conservation. Interest in the field was much higher in Europe at the time.

A prominent figure in passive building design during that decade was German physicist Wolfgang Feist of the Institut für Wohnen und Umwelt (Institute for Housing and the Environment).

His design of a house that consumed only 15 kilowatt-hours per square meter for annual heating was groundbreaking. Later, he created the famous Passivhaus Institute (PHI) and its corresponding performance standard. The standard was developed in collaboration with Bo Adamson from the Lund University in Sweden.

Here is the International Passivhaus standard:

In different countries, different regional or local organizations may have their own standards. For example, PHIUS has its own standards to earn certification for a passive building in the US, as mentioned previously.

Here are some early passive houses to be aware of:

Of all of these projects, undoubtedly one of the coolest is the FABRICA 718 passive house in NYC, called the “Tighthouse.” The structure went up in 1899, but it is now a state-of-the-art passive residence. As a certified passive dwelling, it consumes 75% less energy than a typical house, and 90% less energy on heating. FABRICA 718 has won numerous awards, including the 2014 International Passive House Design Award.

Passive houses now exist in the tens of thousands around the world. As more and more people are finding out about passive design every day, it is likely that we will be seeing an increase in passive residences and commercial structures over the coming decades.

What Are the Key Benefits of Passive House Design?

Now you know more about the history of passive design. But what are its advantages? Here are some of the benefits you can look forward to if you choose to build a passive metal barndominium:

Expanding on the financial benefits of a passive house, let’s say that you are paying $120 a month in electrical bills for your existing home.

Now let’s say you build a passive house of a similar size. Imagine that your passive house is efficient enough that it uses 90% less energy. At that point, your monthly electrical bill would drop down to just $12 or so.

That means that each month, you would be saving $108. Over the course of a year, you would save $1,296. And this is based on a typical electric bill. If you live in a very large house, your savings could add up to a whole lot more.

Just think—what could you do with $1,296 in savings every year? You could put it back into your home in the form of upgrades or repairs, or you could save it for something else.

If you are paying off on a home construction loan, think how much more rapidly you could finish. You would get the peace of mind of being done with your payments sooner, and you would save money on interest.

Building Your Own Passive House

We have now talked about the benefits of building a passive house. But how can you construct a passive home of your own?

Since you are on our site, you probably are wanting to build a passive barndominium specifically.

Is a passive barndominium an option? Passive design works great all building types, large or small.

Yes! Since barndominiums are so large and wide open inside, you might be concerned about whether they are suitable candidates for passive design. But they are.

In fact, there may be an additional benefit for barndominium owners. It is common to install radiant floor heating in barndominiums. But with a highly-efficient passive design, that might not be necessary.

Following are some brief steps and considerations for when you are planning your passive metal barndominium design.

1. Make the best use of your site.

Think carefully about the site where you plan to build. Is there natural shade you can utilize from trees or a hillside? What direction does the wind tend to blow?

These considerations can help you 1-pick the most ideal spot to put the house, and 2-determine what layout and orientation could best capitalize on these environmental factors.

2. Choose the right materials and insulation.

Metal can work great as a building material for a passive barndominium, but you have to keep in mind that it conducts heat.

That means that any time you build a metal house, you need to be ready to choose a premium type of insulation to prevent thermal bridging.

The good news is, that step is also essential for building a passive house. So, just by choosing the right insulation for a metal building project, you will already be on your way toward effective passive design.

3. Work with a designer that has experience with passive homes.

Trying to design a passive house for certification on your own probably won’t be the ideal option if you are not an experienced designer yourself.

We recommend that you work with a designer who has built passive homes in the past to certification standards. That designer will know exactly what is necessary to meet the requirements.

As always, get your plans approved before you proceed with any construction.

4. Commission a builder that specializes in passive houses.

With an experienced passive house builder on your side, you know that insulation, doors, windows and other elements will all be in place exactly as needed for you to save the most money possible on your electric bills.

Are you ready to cut your energy bills by 75% or more, protect the environment, and live in a home that stays comfortable year-round?

Below, you can see our recommended passive house companies. Enjoy building your dream home and saving thousands of dollars a year on your electrical bill. 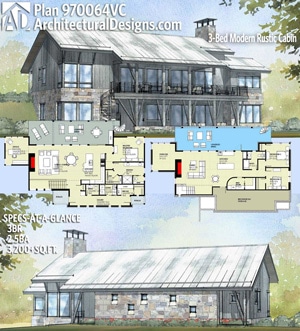 Type to search or hit ESC to close
See all results